Skip to content
Home > Blog - The Bond > Stars of ISC > Monalisa: A Change Maker at Heart 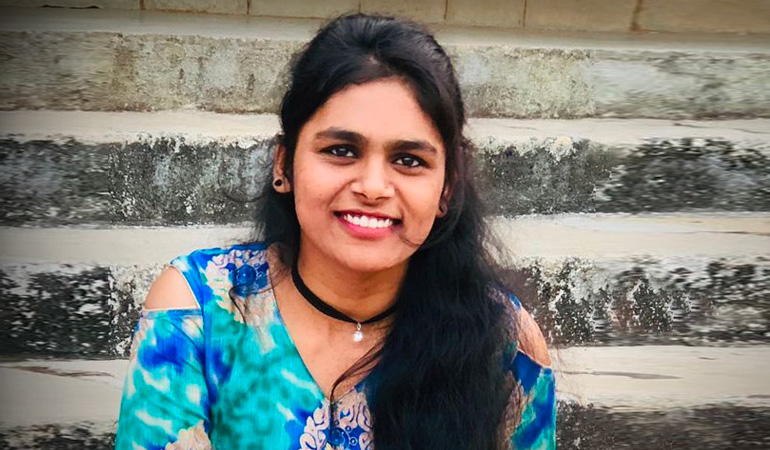 A Series of Misfortunes
Mona lost her mother in 2007. For the next two years, she stayed with her grandparents in Bihar and was irregular at school. After a childhood filled with setbacks, in July 2016, Mona was transferred to the Bal Gram campus in Lonavala.

Hard Work Makes the Dream Work
At Balgram, she received sponsorship and joined school in the 9th standard. Even though she came from a Hindi medium school, Mona passed the English medium 10th board exams with 63% and the 12th standard board exams with 72%.

The Writer of Her Own Life
Today she is a student of Bachelors of Mass Media in Mumbai, working hard towards her dream of becoming a writer-producer. It is only through sheer dedication that Mona turned her life around and is well on her way to becoming an independent woman contributing to society.

The Intuitive Nurturer
At Bal Gram, she has grown to become a natural caregiver, especially towards children. During the pandemic, when mothers and children were isolated, she selflessly took initiative and ensured care for everyone.